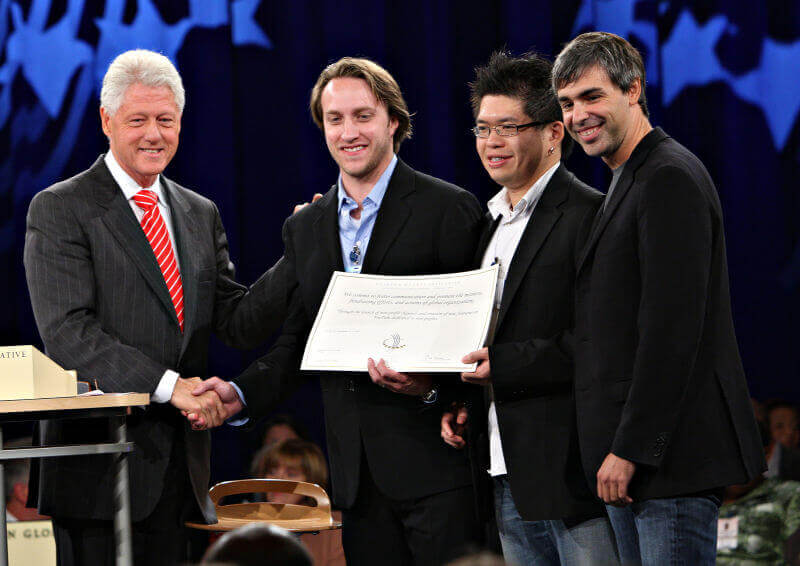 hen Chad Hurley first came to Silicon Valley, he had no money and no place to live. He put all of his faith in PayPal and risked everything. He proved his worth at PayPal and then went on to create one of the most-used websites in the world: YouTube. Chad Hurley is both a certified hustler and a Silicon Valley genius.

Hurley grew up in Reading, Pennsylvania. He was born in 1977 and, as he grew up, he showed serious skill in the arts. Even when he was very young, he was a hustler, selling his drawings on the sidewalk in front of his house. That passion stayed with him throughout his life, as he attended the Indiana University of Pennsylvania, where he majored in Fine Arts. The common stereotype that liberal arts majors are poor clearly did not prove to be true in this case — Chad Hurley now has a net worth of $300 million.

‍Trailblazing the path to PayPal

Hurley’s success started with the hustle necessary to be hired at PayPal. Hurley saw an article about the startup in Wired and took the initiative to get a job there. He sent his resume, set up an interview, and was flown out to California, where he was given the challenge of designing the company logo (which PayPal continued to use for over a decade). He was hired as PayPal’s first graphic designer, following his submission of the design only a couple days after his interview.  But it wasn’t all easy for him. He came to California without a place to live, so he slept on his friend’s floor until he got his first paycheck. Even with nowhere to call home, his new position at PayPal would solidify his status as a Valley tech legend and his initiation into the “PayPal Mafia.” According to Dazeinfo.com, Hurley said, “I try to absorb all types of style and design. I don’t try to restrict my thinking. I enjoy the old and the new. You need that broad perspective to create something new.”

Chad worked for PayPal even after the $1.5 billion eBay acquisition. With cash in hand from the buyout, he started working with Steve Chen and Jawed Karim to develop YouTube. He came up with both the name and design while working on user interface for the site. He later became the CEO of YouTube.   Times were tough in the early stages of YouTube. He said they only had three data centers and the employees were just running around like crazy, plugging in machines to keep the site running. He said, “we were trying to hold on, hold everything together, and survive.” YouTube became a phenomenon and caught the attention of Google, which in twenty months was sold to eBay for $1.65 billion. You have to be one hell of a hustler not only to land such a big job right out of college, but also to start a billion-dollar company on your first try.

After YouTube was eventually acquired by Google, Chad kept up his hustle to continue designing new concepts, such as Mixbit and the clothing line for Guideboat Co. Lately, he has been building a Formula One racing team and investing in sports franchises. He is also working on a new audio-visual solution, WebRTC, a business-focused video chat service.   On the future of Silicon Valley, Hurley believes that there is plenty more innovation to occur post-dot-com era. According to him, there are three major things that will change the world of tech: Machine Learning, Augmented Reality, &360-degree video.

For future founders and entrepreneurs, Chad Hurley gives this advice: unplug from social media and “ignore what everyone else is doing [to] set your own path.”