How Ellevest and Sallie Krawcheck Forged an Investing Empire for Women 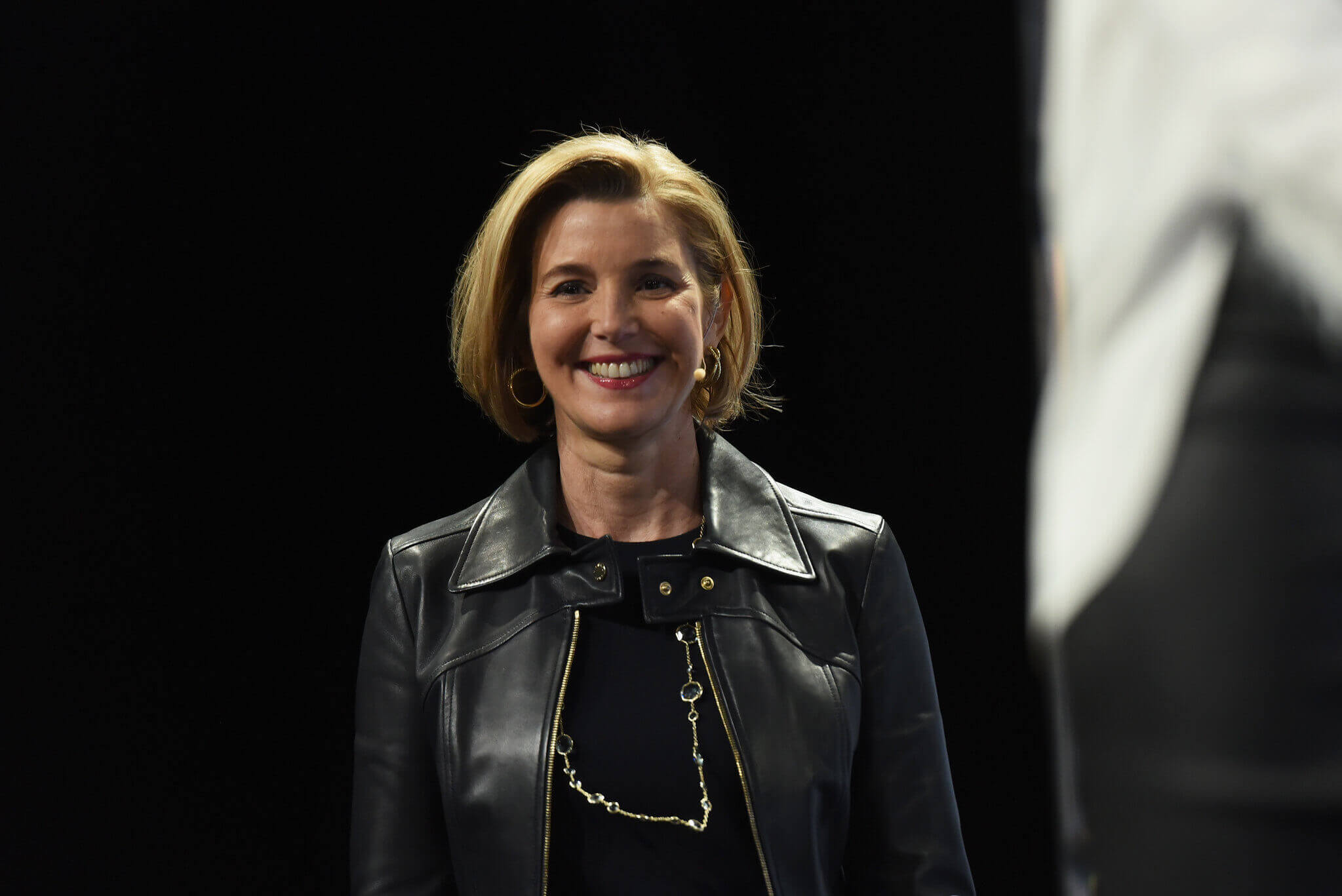 llevest boss Sallie Krawcheck was your average awkward teenage girl once upon a time. A lot has changed since those days as she is now revolutionizing investing for women. In between these two eras in her life, she has risen up to many challenges, suffered setbacks, and gotten back up.  Today we are sharing Sallie’s journey, the Ellevest story, and how the two continue to inspire female investors every day.

The Ellevest website calls Sallie’s idea for the business a true “head‑slapping, ‘a‑ha!’” moment. She spent decades in leadership positions with some of the biggest names in finance, but noticed that the investing industry had been “by men, for men.” Sallie then created Ellevest to empower women to reach their financial goals.  She teamed up with tech entrepreneur Charlie Kroll to form a team that was diverse in their cultural backgrounds, fields of study, and thinking styles. And this team is bringing women the financial education and tools they need to help them amass wealth.

She grew up in Charleston, South Carolina and personified the awkward teenager with glasses, braces, and corrective shoes. Sallie’s popularity rose in high school as she became a cheerleader, track star, and homecoming queen.   Her studies were on point too--she garnered the Morehead Scholarship from the University of North Carolina (UNC) at Chapel Hill. There, she was inducted into the Order of the Golden Fleece, the oldest and highest honor society at UNC.

Sallie’s professional life began with investment bank Salomon Brothers in 1987 before the stock market crash. She worked there for three years, got an MBA from Columbia Business School, then returned to Wall Street.

Her career took off as Sallie joined asset management firm Sanford Bernstein as an equities analyst. She led a team of 44 analysts that covered 450 companies, earning her the cover on Fortune, which called her “the last honest analyst.”

Citi and Merrill Lynch Are Next

Citi recruited Sallie in the early 2000s, eventually becoming the head of strategy and CFO in 2004. Three years into her tenure, the eventual Ellevest founder became the head of Citi's wealth management business.  However, Sallie left the business in 2008 as some of Citi’s clients invested in funds and securities that were toxic. She believed the business should’ve paid investors back for these, prompting her departure.  In 2009, Sallie became CEO of Merrill Lynch Wealth Management, US Trust, and Bank of America Merrill Lynch Retirement Services. She left in 2011.

She Creates Ellevest, Crushes It

Sallie has always been a champion for women in the finance and investing space, and she took that role to the next step in 2013 with the Ellevate Network. The professional coaching business connects professional women looking to help each other succeed.  In 2015, she created Ellevest because of the underrepresentation of women in the investing sphere. The Helm asked her in an interview about her inspiration for Ellevest, and Sallie had this to say:

Well, first of all, YOLO. You know, honestly, if I’m not gonna do this, who’s gonna do this? When I began to recognize the substantial costs that women pay—which is not their fault, because the investing industry does not serve them well—and how much better the industry serves men over women it was like, ‘Whoa!’ I’ve just quantified a gender investing gap that costs so many of the women I know—and their nieces, and their friends, and their daughters—hundreds of thousands, and for some women millions of dollars over the course of their lives. I have to do something about this. And if I don’t, shame on me.

The Ellevest slogan is “invest like a woman,” which encourages many women to follow their financial ambitions. Sallie says some women found the slogan to be “sexist” or “patronizing,” but the discussion surrounding this slogan has evolved.   Many now believe “invest like a woman” means “invest smarter.”

A Day in the Life of Sallie

In a feature with Teen Vogue, Sallie shared a day in her life. Here is an abridged version of it:

Sallie believes running a startup is tougher than running a corporate business because the lows feel lower when you’re with a startup. This issue is connected to large, established businesses being able to absorb the mistakes of a bad day more easily than a startup can.  On the other hand, the good days are better with a startup. “The great days are greater than the great days in corporate America,” she said in an interview with CNBC. “But the bad days are worse. So you’ve got a higher beta (a measure of volatility or systematic risk).”

Sallie told CNN she believes the lack of diversity in Wall Street played a role in the stock disaster of 2008. She adds the financial crisis would not have been worse if Wall Street was 50% female.  The Ellevest founder said that research shows how homogeneous teams develop too much trust for each other. That, along with high levels of testosterone, can lead to more risk taking. Sallie’s adds that the financial sector would be stronger if it had more gender, cultural, and cognitive diversity.

Being the disruptor that she is, Sallie and Ellevest created a cup that reads “buy the f---ing latte.” What does this mean? It’s a rally against what she denotes to be “patronizing financial advice” suggesting that skipping your morning coffee will net you more money in the long run.  While passing on the coffee may save you $5 a day, Sallie believes investing is a better way to build wealth. And ultimately, the idea of not spending on a latte is "dripping with its feminine connotations as a milky, sweet, steamed, flippant luxury.”  Instead, Sallie suggests you ignore those patronizing budgeting articles, treat yourself to the “f---ing latte,” and start investing if you want to create a better financial future.

We all love lattes, but the Sallie Krawcheck and Ellevest story is about more than that. She has been beating the odds since her teen years, building a fortune for herself throughout her career. More importantly, Sallie has built an empire with Ellevest that help women to invest so they can achieve financial freedom. And that’s why her story is so important.