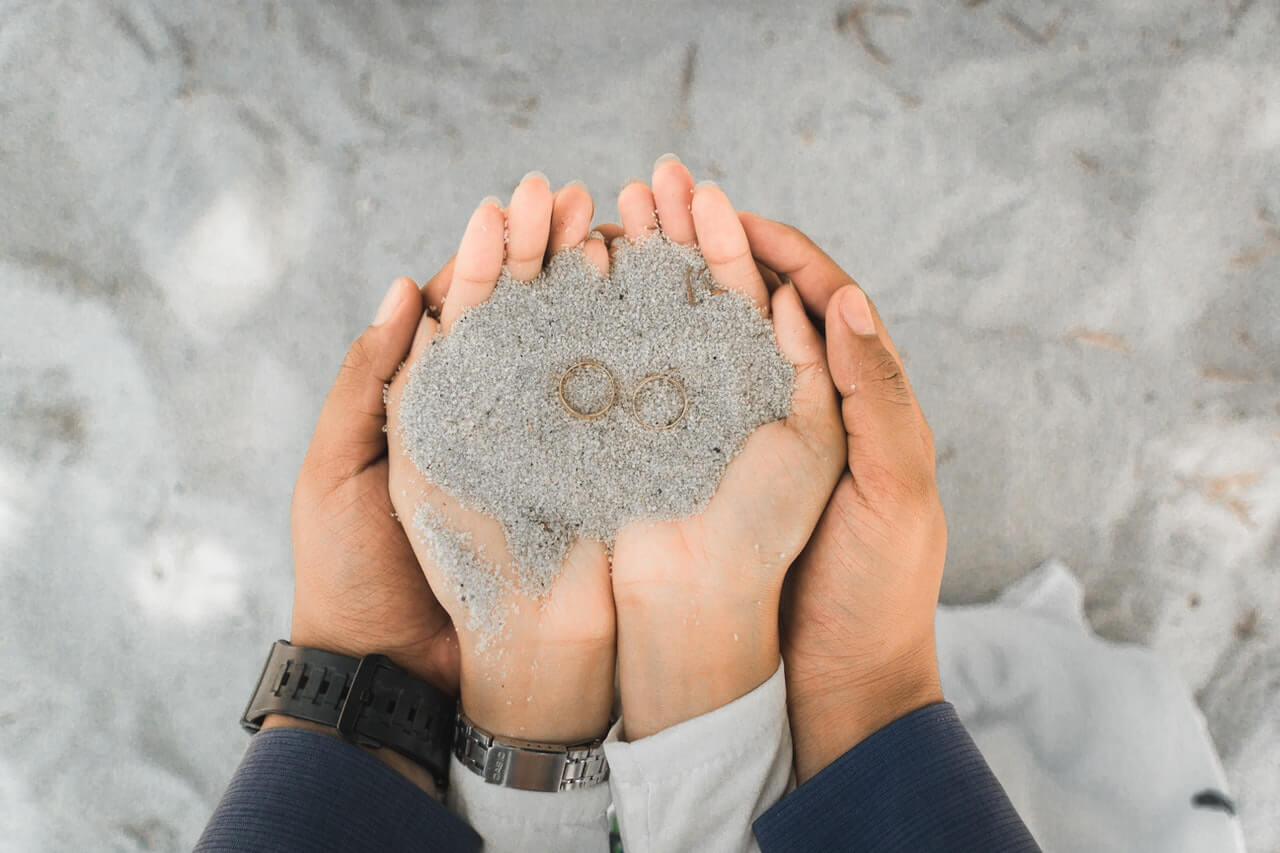 ust like marriage, co-founding a startup is tricky and requires a lot of chemistry. Right off the bat, both require you to sign legally binding documents — marriage contracts with the former, and co-founder agreements with the latter.  Starting a company from the very beginning is much less burdensome with someone else at your side. It’s well known that over 90% of startups are destined for failure, and YC’s Paul Graham believes that having a good co-founder might help tip the scales. This only means that finding the perfect co-founder for you is even more crucial at this day and age.   Let’s take a look at some of the parallels between marriage and co-founding a startup:  ‍

1) It's time to get over your fear of commitment

‍Pamela Skaist-Levy, one of the founders of Juicy Couture, once said that she spends more time with her business partner than almost anyone else in her life, including her own husband. Building a business essentially means that you want it to succeed for as long as possible — at least long enough to see it through. So consider this: for as long as your business is alive and flourishing, your relationship with your co-founder should be, too.  From late night emergency Facetime sessions to daily brainstorming and the occasional argument in between, co-founding is a relationship that needs to be nurtured and cherished with time, much like being partners in life with another individual.

‍2) The key is chemistry

‍It’s essential that you and your co-founder are on the same wavelength. This logic should apply whenever you screen a potential co-founder. Think about it: the success or failure of your business depends on your relationship with your business partner. This is a person who you will spend countless hours with, possibly more than you spend with your spouse.   In fact, startup88.com suggests that you should ideally spend 6-24 months getting to know your would-be co-founder before getting into business with them. Engaging in activities outside the workplace, such as hackathons or any team building activity, would be ideal to test how well you work together. So don’t be afraid to sign yourselves up for those while you’re at it.

‍3) If you don't communicate, you won't succeed

‍Marriages and businesses won't last without both parties making an effort to communicate. Constant healthy dialogue is crucial, especially during times where you’re under stress. Talking about your concerns and being open is critical when faced with the tough decisions that you’ll inevitably have to make. You have to be comfortable enough to talk about anything under the sun, even money (or lack thereof).

‍These are the three pillars of marriage, which can also be applied to co-founding. Allow one of these to crumble, and you’ll get front-row seats to your own marriage’s (or business’) demise.

In any meaningful relationship between two individuals, mutual trust should be earned by both parties. Much like marriage, the trust you will have to have with your co-founder shouldn’t be half-assed. It’s all or nothing. You have to trust that the person who’s running your business with you is capable of carrying certain tasks on their own, and finding one that matches your skillset well will facilitate this sense of trust.

According to MegaFoods’ CEO, Robert Craven, “The expectation for transparency has extended beyond personal interactions and is now a reality in business.” To put it simply, there should be no secrets between you and your partner, whether in life or in business. You need to make sure both parties are aware of all decisions made for the business. Once you start assuming things of your partner (business or otherwise), you’ve made a wrong and dangerous turn.

Long-lasting relationships are most definitely not created overnight. Most people don’t pick someone they’re going to spend the rest of their lives with after one dinner and some drinks, or even a weekend in Cabo. Using the same logic, you have to allow time to run its course and nurture your relationship to ensure that it will stand the test of time.  Being co-founders means that you need to have each other’s backs through both the good and the bad times. It might be hard to see at this point, but there will be significant rough patches as well as celebratory achievements. Put in the work, and trust in your co-founder; if you do that, the bad times won’t seem so bad, after all.