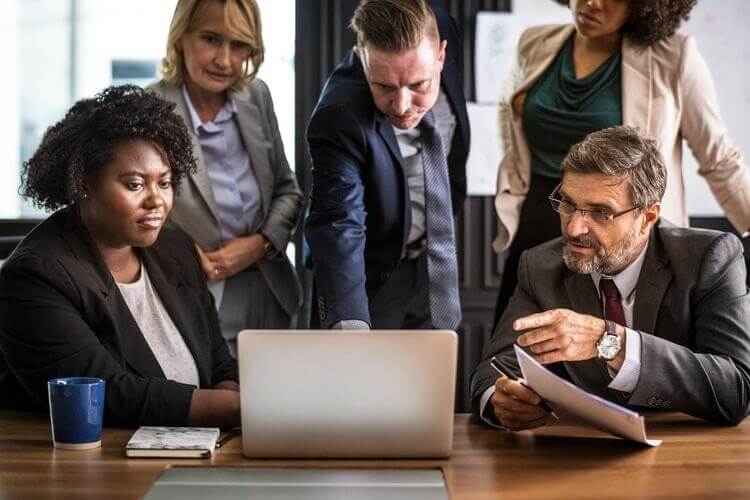 ou may be reading this article because you are one of the few millennials who plan to disrupt industries with a novel business idea. As with the conception stage of every young business, putting together a team is quite arguably one of the most crucial parts. But what qualities and backgrounds should you be looking for in these potential team members? The company IBM is one example of a company that (according to allegations) decided to discriminate, building a team almost exclusively of employees under forty and unknowingly depriving the company of valuable skills that only the older employees could provide.

According to Digital trends, a nonprofit organization by the name of ProPublica recently conducted a survey with 1,000 former IBM employees and found that, within the past five years, the company has purged more than 20,000 local employees aged 40 and above.

Since the study was made public, it has raised a lot of questions, mainly concerning why this has happened. Some competitors of IBM speculate that it was because of outdated skill sets, but others say it was due to other random, various reasons. Nothing has been proven yet, though, and IBM insists that everything they did was under legal conscientiousness.  However, if there is any truth behind the aforementioned allegations toward the tech giant, it is easy to assume that there is a growing amount of exclusion in the workforce in terms of age.

The stigma that older workers are no longer needed in the workforce definitely needs to be reconsidered. Before you discard that CV from a fifty-something, read through these reasons you should strongly consider hiring older team members:

Founder of startup TranslateNow Matt Arney explains his experience with hiring an older team member: “I’m working closely with a nearly 80 year-old advisor who is helping with our corporate formation and investment strategy. He has had a very successful career and takes pride in helping startups grow and avoid mistakes he has seen in the industry. His advice has been invaluable and he’s a trusted member of the team.” Workers who have decades of experience (especially in the same industry as your business) are able to impart vital knowledge, especially based on lessons learned from the mistakes of their pasts. This knowledge is extremely helpful and that of millennials who are just starting out in the business world does not even begin to compare.

The older generations grew up in different conditions. It was a time when “job hopping” was mostly frowned-upon and highly uncommon. This is unlike the millennial culture today, in which there is a need to move between jobs whenever individuals feel they are not able to grow. Coming from the era in which job stability was more important than anything else, you can be sure that older generations know where their loyalty lies and will not give up easily when it comes to finding their place in your company.

This applies especially to those who have only worked within one industry. Those who have been in the workforce for long period of time have gradually forged and maintained connections within their respective industries. A comprehensive study by the Center of Aging at Boston College revealed that 46.3% of respondents said employees who are into the late-career stage have an established web of professional networks. If you are in the business of sourcing clients to keep the profits flowing, hiring someone with a large network will be extremely beneficial — that person will always know who to call in any given situation.

One good thing about today’s corporate climate is the emerging trend of collaboration. There is much to learn from both sides and having a team that is diverse in various ways fosters this learning environment. Moreover, older workers generally have more experience with facilitating collaborative work and will not hesitate to take on supervisory roles, so there is a higher chance of having potential leaders within your team in addition to yourself.

Humans are creatures of habit — this fact has been proven time and time again. Therefore, people who have been in the workforce for a longer period of time will most likely have established and developed a stronger work ethic than those just starting out.

As Vivek Wadhwa, a respected academic in Silicon Valley’s Carnegie Mellon School of Engineering and an entrepreneur within the tech industry, stated in an article for TechCrunch, “Older workers tend to be more pragmatic and loyal, and know the importance of being team players. Ego and arrogance usually fade with age. During my tech days, I hired several programmers who were over 50. They were the steadiest performers and stayed with me through the most difficult times.”

The daily grind of the corporate setting can be taxing, but people who already have years of experience will know how to relate well to colleagues and be productive forces to have around in the office.

The concept of maturity is another positive factor in terms of hiring older team members. Maturity not only covers how well you relate to others, but also how clearly your grasp is of your own strengths and weaknesses. With that, based on their vast experiences, older workers are likely more capable of putting their assets to the most efficient use.

It is pretty common to think that, because they possess more experience and have climbed the ranks before, older workers demand more in terms of compensation. While they may ask for a decent salary, mature employees may also be interested in the job for other benefits, such as flexible hours, new skills, and high-quality health insurance. Unlike younger workers, who are typically only concerned with monetary value at that stage in their lives, older workers often look beyond the simple payment terms.

Overall, there are a multitude of misconceptions surrounding older workers; some believe they are technophobic, have slow adaptation skills, and/or demand higher rates of compensation compared to younger and less-skilled workers. These misconceptions illustrate why age discrimination in the workforce has become a real issue. Especially considering the serious legal charges, there is absolutely no excuse not to hire those who have spent decades of their lives working and earning their keep. Not only are they fiercely loyal and hardworking, but they are also more experienced.

The world is changing, but that does not mean that we need to leave people behind. Taking these points into consideration may not only be a benefit for you and your business, but may also help you realize that you could be contributing to the ever-growing employment gap separating the age groups. As previously mentioned, it is most important that your team perseveres through the worst of times, always delivers, and puts their best foot forward whenever necessary. After all, age really is just a number.

END_OF_DOCUMENT_TOKEN_TO_BE_REPLACED

How Novo Reserves Give Your Business an Edge

What is an Invoice? The Basics

Does a Sole Proprietor Need an EIN?