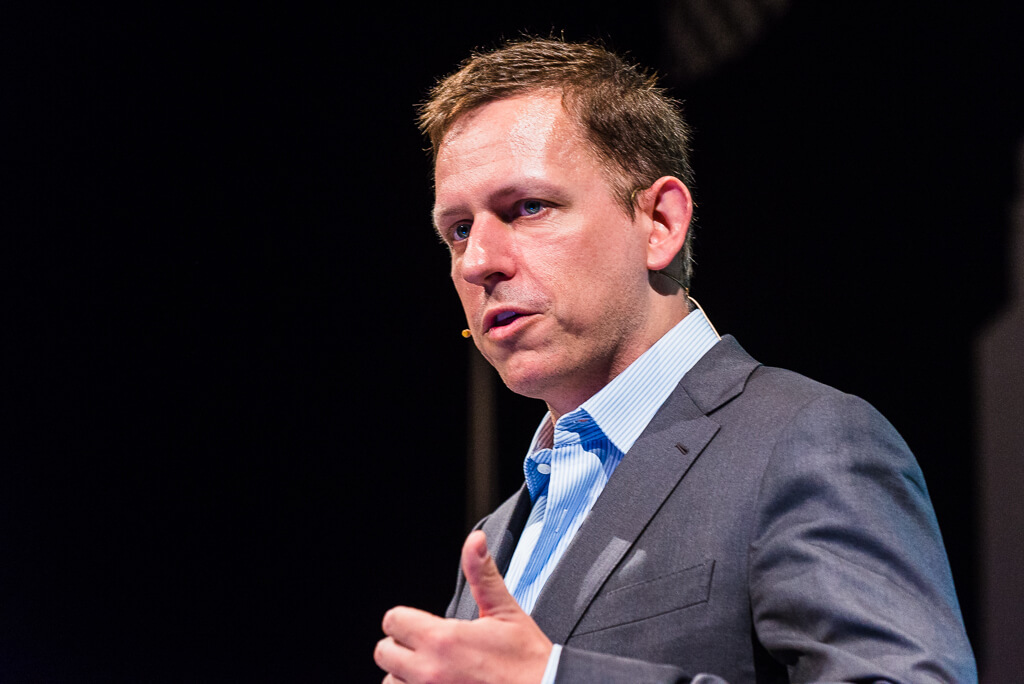 hat do LinkedIn, YouTube, Facebook, and Space X all have in common? In the late nineties, fintech innovator Peter Thiel and 11 other men looking to score big in the dot-com boom worked together to create a company. That company would later be called PayPal. These men were known as the PayPal Mafia, and they have continued to be involved in this venture, among others.   This next entrepreneur was one of the original founding members of the company, who went on to invest heavily in Facebook, and even became involved with the CIA. His story is one of hard work, creativity, and the power of carving your own path through life. This is Peter Thiel.

Peter was born in Germany, and his family immigrated to San Francisco, California when he was in the fifth grade. He soon took a liking to the game of chess, eventually becoming a world-ranked chess player.

Peter studied at Stanford University, where he got his BA in Philosophy, and later earned his law degree. While there, Thiel became the first editor-in-chief of The Stanford Review and hosted a podcast with his buddy Reid Hoffman. The two would go on to build PayPal.

Motivated and Ambitious from Day One

Peter then moved away from the legal field and developed an interest in building an empire. After working as a law clerk for a year and then as a derivatives trader, he saved up enough money to start his venture.  One day, after giving a lecture at Stanford, Max Levchin approached Peter and proposed an idea for a company. Max was a tech visionary who moved to Palo Alto, California and wanted to create a phone security software. Over breakfast the day after they met, Peter agreed to invest in Max’s company after hearing about it.   The startup then evolved into a money transfer service that would change how people interacted with online payments.

The Inception of PayPal

The purpose and motivation for a money transfer service can best be summarized by a speech Peter Thiel made in 1999. Former PayPal marketing executive Eric M. Jackson wrote a book called The PayPal Wars, and in it, he recalled an inspirational speech by Peter:

Everyone in the world needs money – to get paid, to trade, to live. Paper money is an ancient technology and an inconvenient means of payment. You can run out of it. It wears out. It can get lost or stolen. In the twenty-first century, people need a form of money that’s more convenient and secure, something that can be accessed from anywhere with a PDA or an Internet connection.

Peter also talked about the convenience of PayPal, allowing individuals to have a digital account with currencies across the world. “Most of the ordinary people there never have an opportunity to open an offshore account or to get their hands on more than a few bills of a stable currency like U.S. dollars,” he said.  Online business eBay soon heard about PayPal and implemented the company’s technology into its marketplace. Afterward, eBay integrated PayPal into its services. By 2002, about 25% of all eBay transactions were completed using PayPal, inspiring the business to buy PayPal for $1.5 billion that same year. Peter walked away with $55 million.

Peter Thiel, the CIA, and Zuckerberg?

Peter was now at the forefront of the dot-com boom in Silicon Valley. He created a hedge fund called Clarium Capital. Peter then created a fraud protection software for the financial industry called Palantir in 2004 that detects terrorist activity. By age 37, Peter was managing $270 million at his hedge fund, and the CIA invested more than $2 billion in his counterterrorism venture.   He was then approached by Harvard dropout Mark Zuckerberg to invest in his rising social media site Facebook. Peter Thiel was the first investor in the venture, garnering a 10.2% stake in the company for $500,000. After Facebook’s IPO in 2012, Thiel sold his shares for more than $1 billion, an ROI of around 200,000%.

Philanthropy and the Thiel Fellowship

Peter is an active philanthropist who launched the Thiel Fellowship. With the organization, he pays kids $100,000 not to attend college. Instead, he wants them to start their own businesses.  Companies created through the Thiel Fellowship are worth a combined $8.2 billion. It was also a Thiel Fellow who developed Ethereum, a decentralized platform that allows you to trade cryptocurrency Ether. The digital coin has a market cap of $18.2 billion.

Where Is the PayPal Mafia Member Now?

Today, Peter Thiel is an industry kingpin, investing in businesses through his venture capital firm Founders Fund. The organization keeps his cash flow going as he now has a net worth of about $2.5 billion.  Also, he has invested over $6 million for The Immortality Project, which is an anti-aging startup. He says he plans to live until he’s 120 years old. Peter has even signed up for cryogenic freezing, in which he will be frozen and awakened years later. And if you don’t find this wild enough, he also wants to inject himself with young people’s blood to slow aging.

Peter Thiel has built a Silicon Valley empire that few can replicate. From his early law days to the rise of PayPal, his involvement with Facebook, philanthropic ventures, and anti-aging aspirations, Peter truly is one of a kind.