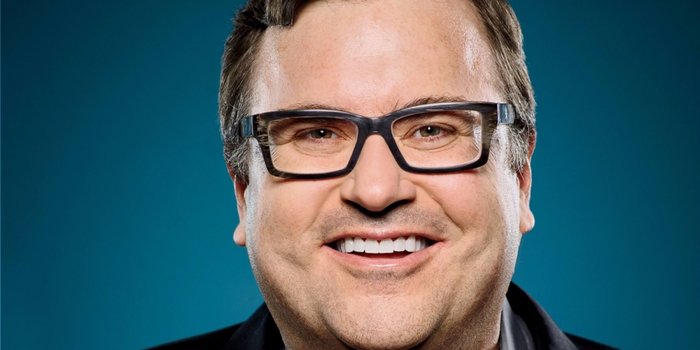 ovo profiles the billion dollar investor, Reid Hoffman, and his ventures at PayPal and LinkedIn. Model your hustle after Reid Hoffman’s motivational story — it may be easier to become a Silicon Valley success story than you think, as long as you put in the work and embrace every opportunity.  During PayPal’s beginnings, its founders did not name it well: it was first called Confinity. That may sound horrible to us today, but the company was originally created to develop phone security software — it was not always the huge money-sharing service we know today. By 2018, PayPal generated over $15 billion in yearly revenue, increasing by $1-2 billion every year since 2010. One of the founders behind this startup, which later led to LinkedIn, Friendster, and Flickr, is author, billionaire, and industry kingpin Reid Hoffman. Keep reading to discover how Hoffman went from living a seemingly normal life to becoming one of the biggest names in Silicon Valley.

Born in 1957 in Palo Alto, California, Hoffman was destined to be a Silicon Valley legend. Hoffman’s first paid job was as an editor at a video game company called Chaosium. After that, his newfound love for the business world prompted him to ask his parents to send him to The Putney School, a boarding school in Vermont. He later attended Stanford University for his bachelors and then the University of Oxford, where he earned his masters in philosophy. Hoffman read philosophy at Oxford because he wanted to strengthen public intellectual culture to make a significant impact on the world.

From Oxford to Silicon Valley

After realizing that academia wasn’t for him, Hoffman moved to Silicon Valley to create startups of his own. He pitched his ideas to investors, but since he was new to the game, they wouldn’t give him the time of day. They told him to get a job first. Hoffman networked his way into gigs at Apple and Fujitsu. After a while, he began to raise funding and started one of the first social media networks called SocialNet in 1997. The startup soon failed and Hoffman was ready to start something else, but fate had other plans.

In 1998, Hoffman’s old buddy Peter Thiel, another Stanford grad, called to convince him to join him at PayPal, instead of starting a new business. Hoffman decided to join PayPal as a board member and, two years later, came on full time as the Executive Vice President. By 2002, the startup caught the attention of eBay and sold for $1.5 billion.

Later in 2002, Hoffman took what he learned from starting his own social network in 1997 and started LinkedIn. He bankrolled the venture with his cash from the eBay acquisition. LinkedIn would maintain crazy momentum and gain the attention of tech-giant Microsoft. In 2016, Microsoft bought the company for a whopping $26.2 billion!

Novo Founder Tip: It’s not only about creating a great product, but it’s also imperative that companies continue to innovate to meet the needs of their customers. In the words of Reid Hoffman “It’s vital to launch a product and then change it on the fly”.

Hoffman is Still Winning at His Biz Goals

After Hoffman’s newfound billionaire status, he has gone back to the basics of investing and applying his intellect across multiple platforms. Rekindling his love of philosophy, he produces his own podcast, Masters of Scale, and writes books and essays. Currently, he is funding startups as an investor at the Venture Capital Firm known as Greylock Partners. With an investment portfolio that includes Facebook, Digg, Zynga, Flickr, Last.fm and more, there is no doubt that this founder will continue to learn from his experiences to continue building amazing products and services. Check out this in-depth interview with Reid Hoffman and what he thinks is the single most important quality when looking at founders, here.

Reid Hoffman is one of many Silicon Valley legends that serves as a great role model for young entrepreneurs. His story proves that if you truly have a passion for something and put in work to further that passion, you will succeed. Hoffman is also a fantastic example of someone who has learned from his past experiences and who grows as an entrepreneur with every new business move he makes.